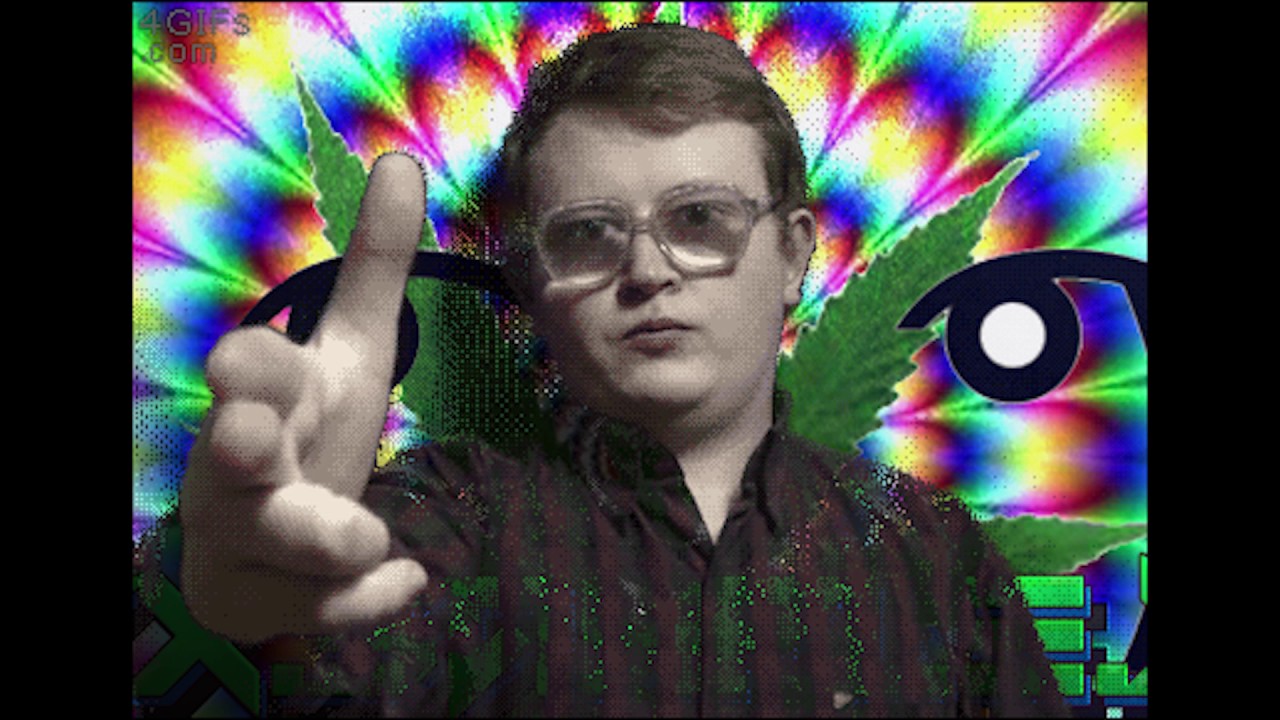 1: equally distant from the extremes : medial, centralthe middle house in the row
3capitalized
a: constituting a division intermediate between those prior and later or upper and lower Middle Paleozoic
b: constituting a period of a language or literature intermediate between one called Old and one called New or ModernMiddle Dutch
4of a verb form or voice : typically asserting that a person or thing both performs and is affected by the action represented

Definition of middle (Entry 2 of 2)

1: a middle part, point, or position
2: the central portion of the human body : waist
3: the position of being among or in the midst of something in the middle of the crowd
4: something intermediate between extremes : mean
5: the center of an offensive or defensive formationespecially: the area between the second baseman and the shortstop
middle of nowhere
: an extremely remote and isolated place ran out of gas in the middle of nowhere
Источник: [https://torrent-igruha.org/3551-portal.html]
, Middle

From Longman Dictionary of Contemporary Englishmiddlemid‧dle1 /ˈmɪdl/ ●●●S1W2 noun1 →the middle2 →the middle3 →the middle4body [countable usually singular] the part of your body around your waist and stomachsomebody’s middleHe was holding a towel around his middle.5 →be in the middle of (doing) something6 →in the middle of something7 →in the middle of nowhere8 →divide/split something down the middle →piggy in the middleExamples from the Corpusmiddle• But by the middle of the night, the alcohol will be metabolized and the rebound effect will set in.• It was very hard work and during the middle we had a water fight.• Time spent in taking stock is time well spent, even in the middle of a hectic day.• The group also is in the middle of a $ 45,000 project to renovate a pagoda in the ancientquarter.• Somewhere in the middlelies the case for change.• I had a spell in the middle of the season when I was useless.• The officeblock was in the middle of a hellishwhirlwind.• Going through the middle of Tokyo in the rush hour can be a nightmare.• "Did you enjoy the movie?" "It was OK but I got a little bored towards the middle."• Gary rowed out towards the middle of the lake.• The state built 10 prisons from the opening of San Quentin in 1852 until the middle of the last decade.• It was the middle of summer.middlemiddle2 ●●●S1W2 adjective [only before noun]1MIDDLEcentrenearest the centre and furthest from the edge, top, end etcdriving in the middle lane of the motorwaythe middle drawer of the filing cabinet2TIME/AT A PARTICULAR TIMEtime/eventhalf of the way through an event or period of timeThey spent the middle part of their vacation in Florida.the middle part of the day3scale/range between two extremelevels or positions, for example between the best and worst, the biggest and smallest etca car in the middle price rangethe middle ranks of the armya middle-income family4 →in your middle twenties/thirties etc5 →middle brother/child/daughter etc6 →middle course/way etc7 →Middle English/French etcExamples from the Corpusmiddle• Life expectancy for all patients is middleage, and heartfailure is the leading cause of death.• Secondly, she never lived to middle age.• A white carpet ran down the middleaisle of the church.• The middleassassinfired even as she dropped.• Instead, it was a realmiddleclass, of diverseorigins, pushed to the fore by changing conditions.• You'll find the scissors in the middledrawer of my desk.• It's in the middle drawer of the filecabinet.• Jane was wearing a goldring on her middlefinger.• The constituency's middle ground is a mess.• We also recruit some assistant food and beveragemanagers with experience directly into middlemanagement positions.• In the organizational hierarchy of the past, middle managers were the people who remembered things, who passed on corporateculture.• There were three of children in my family, and I was the middle one.• I missed the middle part of the movie.Originmiddle2Old Englishmiddel
Источник: [https://torrent-igruha.org/3551-portal.html]
Middle

"The Middle" is a song by Russian-German record producer Zedd, American country singer Maren Morris and American musical duo Grey. It was written by Sarah Aarons, Zedd, Grey and The Monsters and the Strangerz, with production handled by the latter three. The song was released commercially for digital download and streaming on 23 January 2018 by Interscope Records. It reached the top ten of the charts in the US, the UK and several other countries. It was nominated for Record of the Year, Song of the Year and Best Pop Duo/Group Performance at the 61st Annual Grammy Awards.

The song was first revealed in an accompanying interview of Zedd's cover shot for Billboard, published on 10 August 2017. Zedd played interviewer Chris Martins unreleased material in a studio, one of which was "The Middle", which featured co-writer Sarah Aarons as a demo singer.[3]

On 11 January 2018, Zedd teased the song on social media, saying: "Hey guys, it's that time again. I wanted to show you a preview to my brand new song. Check it out," after which he played a short snippet of the song.[4][5] The collaboration was officially announced via social media on 19 January 2018, along with the single artwork,[6][7] which Zedd teased a day earlier without a title on it.[8][9]

Zedd said in a press release that they "worked really hard on this record to get it just right". He also opened up about the opportunity to work with both collaborators, stating that working with Maren Morris was "super fun because she is clearly an amazing singer and very talented musician", and that he loves working with Grey because they strive to "make the best music possible".

Morris added: "Zedd was so great to work with and so easy-going, it felt like we'd been working together for years. The sound is reflective of my many influences as an artist – a little bit country, little pop, little R&B, relatable, emotional and catchy as hell. There are no limits with this song and I can't wait to see how the fans react." She revealed in a statement that she recorded her vocal for the song with Zedd in Nashville "several weeks ago" before the song's release. Grey admitted that they faced a few obstacles during production, but they "kept fighting for it" because the song was special.[10]

The song was recorded by Demi Lovato, Camila Cabello, Anne-Marie, Carly Rae Jepsen, Tove Lo, Bishop Briggs, Bebe Rexha, Lauren Jauregui, Daya, Charli XCX and Elle King before Morris was chosen for the final version. Stefan Johnson, one-fifth of production team The Monsters and the Strangerz, stated that "it was a super long process". Jordan Johnson of the same team added: "We never lost the feeling for that song. Even a year later, I, as a creator hadn't gotten tired of it. It was special."[11]

Kat Bein of Billboard opined that the song is "relatively sparse with cute, lively flourishes", writing that it has "definite sonic similarities" to Zedd's previous song "Stay".[12]Rolling Stone's Brittney McKenna deemed the song "an infectious earworm" in which Morris "strays from her country roots". She felt that the "Nineties R&B-indebted, vocoder-driven chorus" recalls the sound of "Stay", and that Morris "deftly occupies the new, poppy space".[13] Hugh McIntyre of Fuse found Morris' appearance on the track surprising, "considering the genres she primarily works in", as he praised Morris for "supplying vocals perfectly". He felt that it "leans a lot more pop than electro", which makes the song more appealing to a broader variety of listeners. Regarding the song "an easy-to-love electronic smash" and "a slightly reductive mix" of "Stay" and "Starving", he noted that it is "not entirely original" due to its "reminiscence of what the musicians have delivered before".[14] Similarly, Madeline Roth of MTV News called the song "a poppy earworm" and a combination of "Stay" and "Starving", which is "catchy as hell and practically destined for radio domination".[15] Mike Nied of Idolator wrote that the song "blends elements of country and EDM" and praised Morris for providing "impassioned vocals".[16] Billy Dukes of Taste of Country described the song as "an unlikely combination of EDM, '90s pop and modern country music".[17]

The song's music video, directed by Dave Meyers, was premiered via Target's commercial space during the 60th Annual Grammy Awards.[12][18] On 25 April, Zedd released a vertical video on YouTube.[19] The dancing was choreographed by Nadine "Hi-Hat" Ruffin, with 50 dancers featured including Lele Pons, Jade Chynoweth, and Willdabeast Adams. More than 400 extras worked on the video.[18]

What’s New in the Middle?