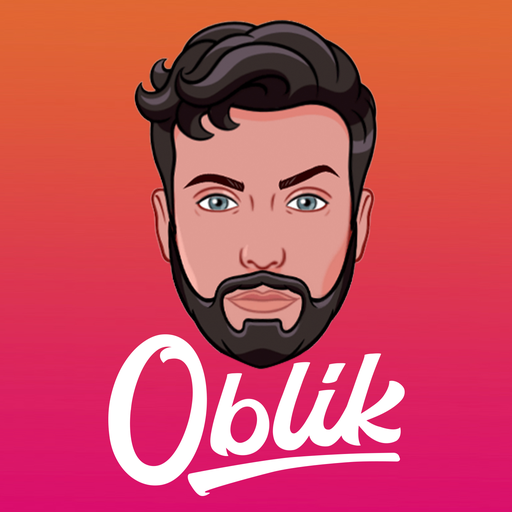 For those who have used Facebook, Twitter, Instagram or any other social network in the past few days, there are huge chances that they might have come across their friends, family members, acquaintances and countless others who have suddenly and mysteriously become grandparents with wrinkles and greyed hair or who have simply gotten younger, grown a beard or changed their appearance in any other more or less obvious way. The magic behind this sudden alteration in looks is FaceApp, a mobile app that uses machine learning (AI) to manipulate faces on digital photographs. FaceApp has gone viral after a couple of celebrities and influencers posted impressively accurate images of their future selves on social media. But behind all the frenzy is CEO Yaroslav Goncharov who had no idea that FaceApp’s virality would be so overwhelming for him.

“We have success, but very unusual success,” says Goncharov, who owns 100% of the business.

Here Is How It Happened

As the following chart below shows, FaceApp had a moment in the limelight before, but the 2017 hype around the app was much smaller than the current craze.

According to estimates from Priori Data, the app clocked nearly 30 million downloads in July, catapulting it to the top of the app store charts on both Android and iOS.

In fact, currently, FaceApp has been downloaded (although not active users) revealed on Google Play, in excess of 100 million.

Yaroslav Goncharov Had Been Digging and Tilling At FaceApp Since 2016

Russian Goncharov’s success is a case of building momentum and mastering the art and game of his industry. He has worked on Windows Mobile for Microsoft and co-founded a company which was sold to Russia’s Google, Yandex, in a reported $38 million deal that made him wealthy.

“I worked at Microsoft in Redmond, U.S., and in the evenings I wrote [code for] a bot with whom one could play poker. The neural network was only a small, evaluative part of this bot — at the time, there were no ways to create a solution entirely based on the neural network,” Goncharov said in a 2017 interview with the Russian Afisha Daily

Upon leaving Yandex in 2013, he invested his time and resources on creating his own products. His first output is a hotel Wi-Fi testing tool that garnered some success. Goncharov, however, desired to create a product from face-generating algorithms, he starting working on FaceApp in 2016. FaceApp launched in 2017, still in what Goncharov describes as a beta version. Even in its basic form, it went viral for the first time after a “hotness” filter made people prettier.

“FaceApp was born at the junction of two important trends. The first is the ever-growing value of photos and videos. There is an opinion that stories from Snapchat, Instagram and their analogs will soon kill news feeds like Twitter. Facebook is already moving in that direction,” Goncharov told Afisha two years ago.

With millions of users in love with the app, Goncharov was quick to draft a business plan. He envisioned a reality where people would pay for an automated photo editor, so he added a paid-for subscription offer that would remove the FaceApp watermark and irritating ads, as well as add some premium features. Goncharov’s hope was that FaceApp would replace PhotoShop editors with AI.

“The second trend is neural networks. That’s what they call the simplified analog of the human brain implemented in computer code. To create it, they build a huge network of software simulations of neurons and synapses capable of analyzing and storing information. Such technologies underlie machine learning, artificial intelligence, cybernetics, and much more. I have been doing this for quite some time now. I trained the first neural network about ten years ago.”

It has since paid off, according to the CEO.

Without providing substantiating data, he claims FaceApp has been profitable since the first launch two years ago, with “good” revenue and growth figures. “We’re very profitable,” he says.

“I could easily have got investment from Silicon Valley… but we had enough to grow organically.”

While Goncharov has no need for Silicon Valley investors for now (he says he may approach VCs in the future), others in the bubbly business of photo apps have either taken big funding rounds or been acquired.

Snapchat snapped up Looksery for a reported $150 million in 2015 and Teleport for $8 million in 2018 to help grow its library of AI-powered filters, while Oakland-based photo app VSCO raised $90 million over two rounds.

FaceApp makes money from nothing more than a paid-for subscription service. But the founder has not disclosed how much revenue that it is scooping in or how many paying customers he has. He is also secretive about user numbers.

Goncharov does, however, disclose that the paying customer base was roughly 1%. Even taking a conservative estimate of 100 million users across Android and iOS, and just 1% signing up for a single month’s premium use at $3.99, the company is making at least $4 million per annum, and potentially a lot more if it’s locking in more users. (It’s also possible to pay $20 for a year’s access or $40 for lifetime use). Goncharov declined to comment on that estimate. But it’s not bad for a 12-employee business that’s been profitable for two years, by Goncharov’s account at least.

Though other companies like Snapchat already do what FaceApp does with live filters, Goncharov doesn’t want to launch something that’s anything less than “magical.” He’s hoping that magic isn’t diminished by another privacy panic.

But Yaroslav Goncharov’s biggest success (and stress) has come with a company that’s minuscule by comparison: FaceApp. Leading a staff of just 12, the geeky, excitable 40-year-old has created what’s currently the world’s hottest (and possibly most controversial) app, which uses artificial intelligence-powered filters to gender-swap or radically age selfies.

“We only upload a photo selected by a user for editing. We never transfer any other images from the phone to the cloud,” FaceApp was quick to state. “We might store an uploaded photo in the cloud. The main reason for that is performance and traffic…Most images are deleted from our servers within 48 hours from the upload date.”

Goncharov said those terms were so broad because he had planned earlier to turn FaceApp into a “social network for faces.”

Besides, it’s not FaceApp that users should be worried about when it comes to privacy, but all the other apps they’re already using, Goncharov argues.

“There are so many other apps that collect much more data,” he says. “We just don’t.

The App topped the download charts for both Android and iPhone this past week after millions followed celebrities like Dwyane Wade, Drake and Iggy Azalea in doing the “FaceApp Challenge.” The “challenge” was simple: take a photo, apply the aging filter and post an image on Instagram, Twitter, wherever, of the older you.

Charles Rapulu Udoh is a Lagos-based Lawyer with special focus on Business Law, Intellectual Property Rights, Entertainment and Technology Law. He is also an award-winning writer. Working for notable organizations so far has exposed him to some of industry best practices in business, finance strategies, law, dispute resolution, and data analytics both in Nigeria and across the world.

FaceApp. So. The app has gone viral again after first doing so two years ago or so. The effect has gotten better but these apps, like many other one-off viral apps, tend to come and go in waves driven by influencer networks or paid promotion. We first covered this particular AI photo editor from a team of Russian developers about two years ago.

It has gone viral again now due to some features that allow you to edit a person’s face to make it appear older or younger. You may remember at one point it had an issue because it enabled what amounted to digital blackface by changing a person from one ethnicity to another.

In this current wave of virality, some new questions are floating around about FaceApp. The first is whether it uploads your camera roll in the background. We found no evidence of this and neither did security researcher and Guardian App CEO Will Strafach or researcher Baptiste Robert.

The second is how it allows you to pick photos without giving photo access to the app. You can see a video of this behavior here:

While the app does indeed let you pick a single photo without giving it access to your photo library, this is actually 100% allowed by an Apple API introduced in iOS 11. It allows a developer to let a user pick one single photo from a system dialog to let the app work on. You can view documentation here and here.

Because the user has to tap on one photo, this provides something Apple holds dear: user intent. You have explicitly tapped it, so it’s OK to send that one photo. This behavior is actually a net good in my opinion. It allows you to give an app one photo instead of your entire library. It can’t see any of your photos until you tap one. This is far better than committing your entire library to a jokey meme app.

Unfortunately, there is still some cognitive dissonance here, because Apple allows an app to call this API even if a user has set the Photo Access setting to Never in settings. In my opinion, if you have it set to Never, you should have to change that before any photo can enter the app from your library, no matter what inconvenience that causes. Never is not a default, it is an explicit choice and that permanent user intent overrules the one-off user intent of the new photo picker.

I believe that Apple should find a way to rectify this in the future by making it more clear or disallowing if people have explicitly opted out of sharing photos in an app.

One good idea: the equivalent of the “only once” location option added to the upcoming iOS 13 might be appropriate.

One thing that FaceApp does do, however, is it uploads your photo to the cloud for processing. It does not do on-device processing like Apple’s first-party app does, and, like it, enables for third parties through its ML libraries and routines. This is not made clear to the user.

I have asked FaceApp why they don’t alert the user that the photo is processed in the cloud. I’ve also asked them whether they retain the photos.

Given how many screenshots people take of sensitive information like banking and whatnot, photo access is a bigger security risk than ever these days. With a scraper and optical character recognition tech you could automatically turn up a huge amount of info way beyond “photos of people.”

So, overall, I think it is important that we think carefully about the safeguards put in place to protect photo archives and the motives and methods of the apps we give access to. 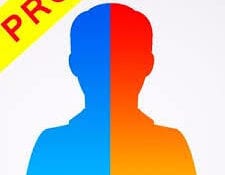 Face App pro latest version FaceApp is a mobile application for iOS and Android. that allow you to edit a person’s face to make it appear older or younger. The free version include 21 filters. But The Pro version includes 28… Continue Reading → 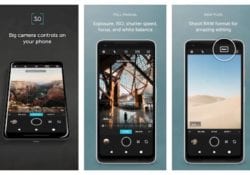 Moment pro camera? is a paid application but we are proving for you free of cost [Mod] Moment Camera is now across both photo, and video. including Raw, and full manual controls to easily adjust exposure, image format, ISO, focus, speed, white… Continue Reading →