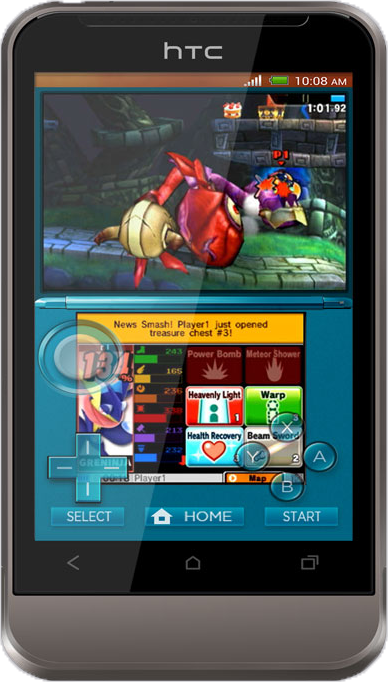 Citra is the first emulator of the handheld game consoleNintendo 3DS, developed by Citra Team. It is developed in the C++ programming language. Citra can run almost all homebrew games and many commercial games. Citra requires OpenGL version or later to run.[4] Citra's name is derived from CTR, which is the model name of the original 3DS.[4] Citra does not work very well with older PCs and needs to be run on an x64 or ARM64 CPU.[4][6]

Citra is free and open-source and is available for Windows, macOS, Linux, and Android. Most of the development happens on GitHub, and more than developers have already contributed to Citra's project on GitHub.[3]

Citra was initially created in April [10] The first commercial Nintendo 3DS game to be run by Citra was The Legend of Zelda: Ocarina of Time 3D.[11][12] Citra can also run some other games, such as Animal Crossing: New Leaf and Sonic Generations.

Citra can boot Pokémon games since December 30, Since February 22, , the official website of Citra has changed significantly. Citra can emulate sound since May 21, ,[13] and has had a JIT compiler since September 15, [14] As of the latest version,[which?]Pokémon Sun and Moon are fully playable, a milestone in emulator development.

In April , the Citra Team announced compatibility with New Nintendo 3DS games and support for save states,[16][17] and in May , they announced a version of Citra for Android.[18]