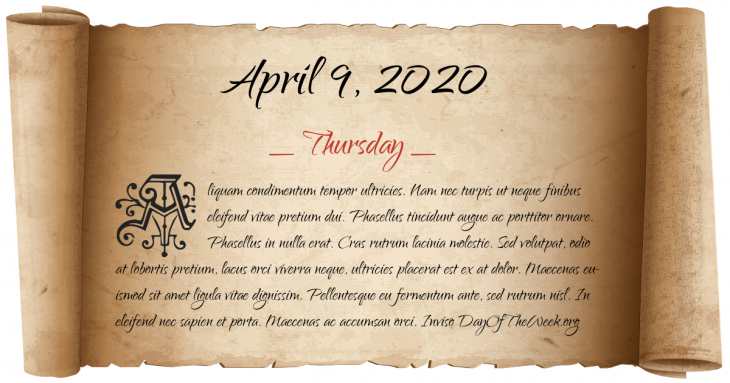 The U.S. Food and Drug Administration today announced the following actions taken as part of its ongoing response to the COVID-19 pandemic:

The FDA, an agency within the U.S. Department of Health and Human Services, protects the public health by assuring the safety, effectiveness, and security of human and veterinary drugs, vaccines and other biological products for human use, and medical devices. The agency also is responsible for the safety and security of our nation’s food supply, cosmetics, dietary supplements, products that give off electronic radiation, and for regulating tobacco products.

Local California Officials Caught Off Guard By Newsom’s Decision To Send Ventilators To Other States: Riverside County officials said the state recently denied their request for an additional 500 ventilators, even though the county expects demand for the breathing machines at county hospitals and medical centers to exceed the supply in less than three weeks. Santa Clara County, another area hard hit by the COVID-19 pandemic, is offering a $1,000 bounty for each device it receives and has ordered companies with the devices to report their inventory to the county. “I understand and respect what the governor is doing. But are we going to be able to get the assistance that we’re going to need in a week or two weeks out?” Riverside County Supervisor Kevin Jeffries said Wednesday. “I think we were all a little surprised. We’re all trying to prepare so we’re not like New York.”

Meanwhile, Newsom offered reassurances that the state’s massive purchase of masks won’t disrupt the supply chain for other states. “We are not just looking at supplies in a scarce marketplace where it’s a zero-sum game, we are being additive,” Newsom said.

Read more from Phil Willon and Colleen Shalby of the Los Angeles Times; Ben Christopher of CalMatters; Jeremy B. White, Katy Murphy and Carla Marinucci of Politico; and Sophia Bollag of the Sacramento Bee.

In related news from CalMatters: The Art Of The Deal: California’s Alliance Could Solve The Nation’s Mask Shortage

California Coronavirus Death Toll Climbs Past 500: According to data compiled by this news organization, the statewide death toll reached 503 on Wednesday and there are now 19,001 confirmed cases of COVID-19 in the state. The data is updated based on the latest numbers released by county health departments around the state. Since Monday evening, the number of COVID-19-related deaths counted by this news organization has increased from 387 to 503, meaning nearly one quarter (23 percent) of the coronavirus deaths have occurred in the last 48 hours. Meanwhile, The California Department of Public Health reported Wednesday that 1,651 confirmed cases of COVID-19 have been among health care workers, a figure that is just under 10 percent of the state’s confirmed coronavirus cases. It was the first time the agency reported the number of all positive tests for health care workers. Previously, agency officials said, they had only reported cases “acquired while on the job.” Read more from Kerry Crowley of the Bay Area News Group and Cathie Anderson of the Sacramento Bee.

Below, check out the full round-up of California Healthline original stories, state coverage and the best of the rest of the national news for the day.

Sign up to get the daily edition in your inbox

More News From Across The State

San Francisco Chronicle: Coronavirus: Who’s Getting Sick In California? State Releases Partial Race-Based Data
Roughly half of the people who have tested positive for the coronavirus in California are African American, Latino or Asian, according to data released Wednesday by state public health officials who have come under pressure to provide more details about who is infected and dying in the pandemic. The state’s demographic profile is based on only 37% — or about 6,300 — of all of California’s confirmed cases, Gov. Gavin Newsom said Wednesday in his daily briefing. That’s because this was the only demographic information available as of Wednesday, thus Newsom said he was hesitant to draw conclusions from the partial information. (Allday, 4/8)

CNN: Coronavirus Cases In California Prisons Multiplied In Days And Inmates Fear Further Spread
The number of inmates infected with coronavirus in the California prison system grew by more than seven times in a little more than a week, while staff cases nearly tripled, leaving some behind bars fearful that cases will explode even as officials have begun taking steps to slow the spread. Twenty-nine inmates and more than 60 staff members have now tested positive for the virus, the California Department of Corrections and Rehabilitation said Wednesday. (Maxouris, 4/9)

Bay Area News Group: Coronavirus: Second Inmate At San Jose Jail Tests Positive
A second inmate at the Santa Clara County Main Jail in San Jose has tested positive for COVID-19, authorities said Wednesday. The inmate, identified as a 25-year-old homeless man, was arrested by San Jose police officers Monday, according to the Santa Clara County Sheriff’s Office. As he was being booked into the jail, he revealed he had been exposed to the coronavirus through a friend. (Green and Salonga, 4/8)

The Desert Sun: Coronavirus: Riverside County Says Currently Available ICU Beds Will Be At Capacity Next Week
Riverside County health officials on Wednesday projected the number of currently available intensive care unit beds will be at capacity by next week, as the total number of cases in the county grew to 1,179 and 32 deaths. Two of the four deaths reported Wednesday were in the Coachella Valley, including a man in his 80s in Palm Springs and a man in his 90s in Rancho Mirage. (Newell, Plevin and Daniels, 4/8)

San Francisco Chronicle: Antibodies In Recovered Victims’ Blood May Hold Key To COVID-19 Cure
In the race to develop treatments for the coronavirus, two California biotech companies are teaming up to collect blood samples from people who have recovered from COVID-19 — with the hope that antibodies produced by their immune system after being infected can provide the key to developing a drug or vaccine. San Francisco’s Vir Biotechnology and Los Angeles’ Sanguine Biosciences have begun collecting blood samples from 100 recovered patients in the Bay Area, Los Angeles, San Diego, Seattle, Boston and Washington, D.C. (Ho, 4/9)

San Francisco Chronicle: SF City Hall Was Ahead Of The Curve In Its Coronavirus Response. So Why Is It Now Failing The Homeless?
Joe Wilson is ticked off. The executive director of Hospitality House, a homeless shelter in the Tenderloin, just wants City Hall to treat the 25 men who live there the same way it’s treating the rest of San Francisco’s residents during the scary COVID-19 pandemic. He wants clear directions. Quick decisions. A real plan. (Knight, 4/8)

San Francisco Chronicle: Coronavirus Outbreak At Hayward Nursing Home: 6 Dead, 53 Others Infected
Fifty-nine people at a skilled nursing home in Hayward tested positive for the coronavirus — and six have died, Alameda County health officials said Wednesday, confirming the latest in an alarming streak of outbreaks at senior living centers and nursing homes across the Bay Area. The six people who died were residents of Gateway Care & Rehabilitation Center; 29 other residents at the facility and 24 staff members are infected, county officials said. (Cassidy and Bauman, 4/8)

Bay Area News Group: Six Patients Dead At Hayward Nursing Home From COVID-19
Six patients at a Hayward nursing home said to be severely understaffed have died of COVID-19, officials announced Wednesday afternoon as the total number of cases there jumped to 59 and concern grows around the state for the elderly and infirm and their caregivers. The deaths at Gateway Care and Rehabilitation Center are the highest reported by health officials for a single nursing home in the Bay Area since the coronavirus crisis began. (Peele and Sciacca, 4/8)

San Francisco Chronicle: SF Plans To Lease 7,000 Hotel Rooms To Isolate Homeless People From The Coronavirus
San Francisco now plans to lease 7,000 hotel rooms to provide shelter for homeless people as well as first responders and health care workers battling the spread of the coronovirus, city officials said Wednesday. This would more than triple the rooms now under contract. The city already has committed $35 million for the next three months to lease the first batch of units. The overall effort would cost San Francisco roughly $105 million — some but not all of which would be reimbursed by the federal and state governments. (King, 4/8)

Bay Area News Group: Coronavirus: Santa Clara County Nears 1,400 Cases, 50 Deaths
Santa Clara County on Wednesday reported its largest single-day increase in confirmed cases of COVID-19 in nearly week, while its death toll continued to rise. The hardest-hit county in the Bay Area added 95 new positive tests to its count, now at 1,390. Three more Santa Clara residents succumbed to the virus, raising the county’s number of fatalities to 46. Both numbers are more than double any other Bay Area county. (Webeck, 4/8)

Sacramento Bee: Sacramento CA Supermarkets Ramp Up Coronavirus Safety
Three Raley’s employees, all wearing masks, were chatting near the floral department at the store on Freeport Boulevard on Tuesday when they spotted a problem: A co-worker was supervising the self-serve checkout aisle without a mask. An employee jogged over to the offender, handed her a mask and helped her put it on. Mission accomplished. Oh, how things have changed in the supermarket business. (Kasler and Bizjak, 4/9)

Sacramento Bee: South Lake Tahoe CA Police: Woman Licked Groceries
Police arrested a Northern California woman after she reportedly licked merchandise at a South Lake Tahoe supermarket Tuesday afternoon, ruining almost $2,000 worth of groceries. Officers responded to the Safeway location on Johnson Lane “for the report of a customer ‘licking’ groceries inside of the store,” the South Lake Tahoe Police Department said Wednesday in a news release. Safeway employees said they witnessed the suspect putting “numerous pieces of jewelry” from the store on her hands, licking the jewelry and then loading her cart with about $1,800 of merchandise, the news release said. (McGough, 4/8)

This article is about the day in the Gregorian calendar. For the 2015 Danish film, see April 9th (film). For the Arthur episode, see Arthur (season 7).

April 9 is the 99th day of the year (100th in leap years) in the Gregorian calendar. 266 days remain until the end of the year.