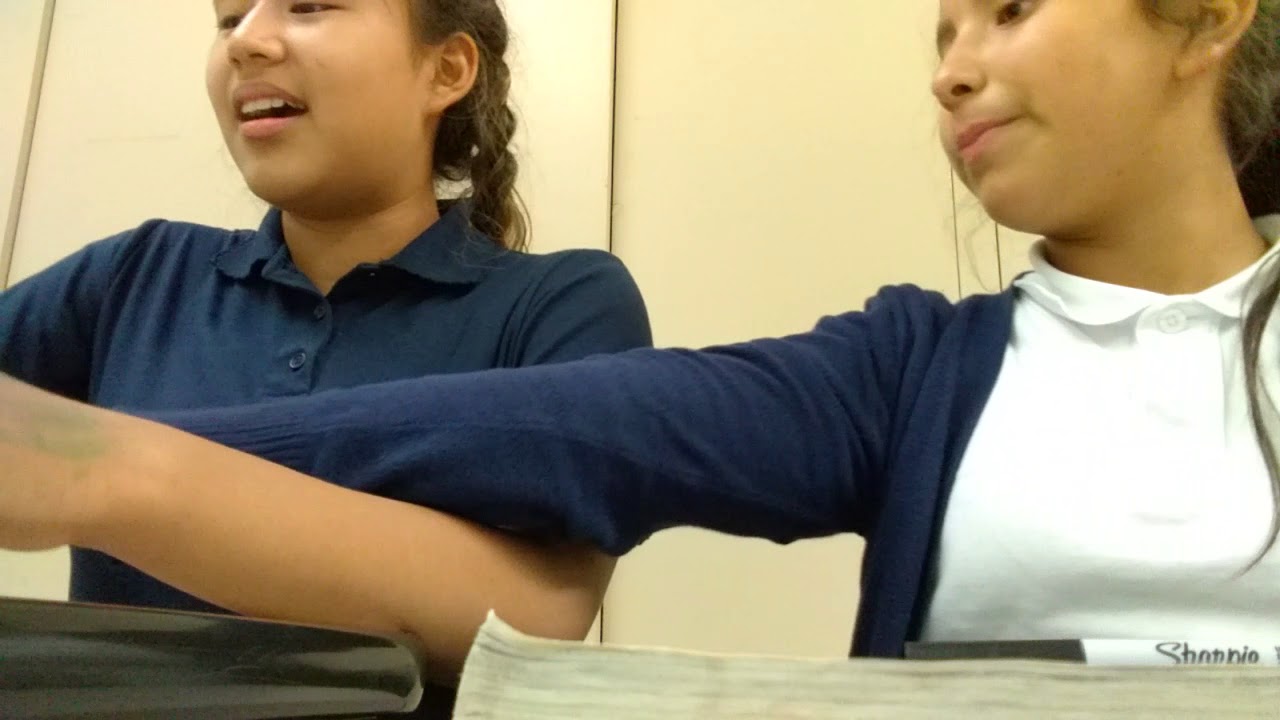 Image of the Day Archives

Friday, September 1, 2017: This colorful work of art is a picture of Jupiter's Great Red Spot taken by NASA's Juno spacecraft and edited by citizen scientist David Englund, who recreated the image to look like a painting by Claude Monet. The original image was taken on July 10 as Juno performed its seventh close flyby of Jupiter. — Hanneke Weitering

Tuesday, September 5, 2017:Three crewmembers returned to Earth from the International Space Station on Saturday (Sept. 2) with a smooth landing on the steppes of Kazakhstan. What looks like an explosion on impact was the Soyuz spacecraft's six soft-landing engines burning to slow down the fall. Aboard the Soyuz was NASA's record-breaking astronaut Peggy Whitson, who set a new spaceflight duration record for U.S. astronauts with 665 days spent in space. — Hanneke Weitering

Wednesday, September 6, 2017: NASA's Cassini spacecraft, which has been orbiting Saturn for the last decade, also keeps an eye on Saturn's moons. On Aug. 1, when Cassini was about 112,000 miles (181,000 kilometers) from Saturn's moon Enceladus, the spacecraft took a series of images, which project scientists stitched together to create this animation of a unique "spacecraft's-eye" view of the flyby. — Hanneke Weitering

Thursday, September 7, 2017: As Hurricane Irma closed in on the northern Leeward Islands in the early morning hours on Tuesday (Sept. 5), the National Oceanic and Atmospheric Administration's Suomi NPP satellite captured this incredible nighttime view of the islands' city lights before widespread power outages caused blackouts across the Caribbean. — Hanneke Weitering

Monday, September 11, 2017: After the World Trade Center was destroyed on Sept. 11, 2001, astronauts aboard the International Space Station captured this view of the smoke plume rising out of Manhattan from 250 miles (400 km) above the Earth. — Hanneke Weitering

The Eye of the Storm

Tuesday, September 12, 2017: As the International Space Station passed about 250 miles (400 km) over Hurricane Jose on Monday (Sept. 11), NASA astronaut Randy Bresnik captured this view of the eye of the storm. A little blue spot of ocean is visible through the opening in the cloud tops. — Hanneke Weitering

Thursday, September 14, 2017: Before NASA's Cassini spacecraft began the "grand finale" phase of its mission at Saturn, it took one last photo of the giant planet and its ring system from afar. The spacecraft has been orbiting Saturn for the last 13 years and will dive into the gas giant tomorrow (Sept. 15). — Hanneke Weitering

Friday, September 15, 2017: This is the last image taken by NASA's Cassini spacecraft before it dove into Saturn's atmosphere this morning. Cassini took the photo on Thursday (Sept. 14) at 12:59 p.m. PDT (3:59 p.m. EDT; 19:59 GMT), roughly 12 hours before it disintegrated in Saturn's atmosphere, becoming one with the planet it had studied for nearly two decades. — Hanneke Weitering

Join our Space Forums to keep talking space on the latest missions, night sky and more! And if you have a news tip, correction or comment, let us know at: community@space.com.

View the month calendar of September 2017 including week numbers.

See also the position of the moon, check the Moon calendar 2017.

Eager to hear what Mr. McMahon had to say regarding his tumultuous conflict with indefinitely suspended SmackDown Commissioner Shane McMahon, Kevin Owens kicked off what he was calling “The Kevin Owens Show,” inviting Mr. McMahon to the ring for a chat. Following an odd appearance by Dolph Ziggler pretending to be Shane, Owens was met with SmackDown LIVE General Manager Daniel Bryan instead of The Chairman of the Board.

Bryan wanted to make it clear to KO that his fun would screech to a halt after Mr. McMahon arrived tonight. Owens, seemingly un-phased, said he could not wait for The Chairman to arrive and was going to have quite a bit to say to him.

After successfully defending his United States Championship several weeks ago against a compromised Tye Dillinger, who was the recipient of a brutal sneak attack from Baron Corbin moments before the match, AJ Styles opted to give Dillinger a fair fight this week.

An interrupting Corbin distracted Styles, who neutralized The Lone Wolf with a head-ringing Phenomenal Forearm that sent The Lone Wolf plummeting from the ring apron to the floor, but the move nearly costly the titleholder, who narrowly kicked out at two after being rolled up by The Perfect 10. Also kicking out at the last second after feeling the devastating effects of the Tye-Breaker, Styles weathered the storm to lock Dillinger in the Calf Crusher, retaining the gold with the tapout victory. After the thriller, the two showed a sign of mutual respect by shaking hands.

The celebration was short-lived, though, as The Lone Wolf dragged Styles out of the ring and threw him over the barricade. After taking out Dillinger, Corbin concluded his rampage by hitting Styles with the End of Days on the outside and announcing that he would answer Styles’ United States Open Challenge next week on SmackDown LIVE.

With his WWE Title defense against Shinsuke Nakamura at WWE Hell in a Cell only four weeks away, WWE Champion Jinder Mahal began his attempt to gain the mental advantage against WWE's Rockstar on Sin City SmackDown.

After having The Singh Brothers mock The King of Strong Style's entrance, Mahal plastered images of Nakamura's face onto the TitanTron and proceeded to ridicule them incessantly. Mahal then doubled down on the insults by boldly declaring that if Nakamura were to ever win the WWE Title, the WWE Universe would turn on him the way they “turned” on Mahal after he won it. However, The Modern Day Maharaja declared that scenario would never occur, as he planned on giving WWE's Rockstar the beating of his career at WWE Hell in a Cell.

Arguably the two greatest tag teams over the past decade in WWE, The New Day and The Usos wrote another chapter in the book of their classic rivalry in a wild Sin City Street Fight. The Usos, attempting stay on a roll after regaining the gold from The New Day at SummerSlam, looked to be the aggressors early and often in the contest. However, the pair of Big E & Kofi Kingston (with Xavier Woods still not medically cleared to compete due to injury), refused to go quietly into the night.

Chaos ensued, with Kofi going crazy with a kendo stick on The Usos, and Jimmy & Jey making Kingston regret he ever attempted his signature Trust Fall by catching him and flinging him into the barricade.

With his partner temporarily neutralized, Big E survived a multitude of double-team attacks, allowing Kofi to recover and send Jey crashing through a table by shoving him off the top rope to the outside. The Dreadlocked Dynamo followed up by stinging Jimmy with Trouble in Paradise, and he and Big E connected with The Midnight Hour on Jimmy to regain the SmackDown Tag Team Titles, baby.

This huge SummerSlam rematch for the SmackDown Women's Championship got off to an odd start when Carmella took her place at the announce desk and provided commentary with James Ellsworth ... who she had chained to a dog collar.

Ms. Money in the Bank then watched on as Naomi attempted to regain the SmackDown Women's Title from Natalya in an action-packed contest. Naomi came within an eyelash of regaining the title several times, but after whiffing on a big splash to the outside (that instead connected with Carmella and the leashed Ellsworth), Natalya capitalized by smashing Naomi into the ring post and locking in the Sharpshooter to retain the gold with the submission victory.

Following up on his shenanigans from last week, Dolph Ziggler treated the WWE Universe to more outlandish impressions on Sin City SmackDown, mimicking Bayley and The Ultimate Warrior after doing his best Shane-O-Mac earlier in the evening.

The Showoff then chastised the WWE Universe for their taste in Superstars, reiterating his claim that anyone could do a fancy entrance, but no one can do what he does in the ring.

The new team of Shelton Benjamin & Chad Gable faced their biggest test to date in the way of The Hype Bros on SmackDown LIVE. Although Zack Ryder & Mojo Rawley possessed the experience advantage as a tandem, Benjamin & Gable worked incredibly fluidly together, defeating The Bros with an incredibly impressive maneuver.

After the match, Rawley dapped up Benjamin & Gable, but Ryder did not follow suit, seemingly very unhappy with the loss.

Well, things sure did just get mighty interesting.

Mr. McMahon made his electric return to SmackDown LIVE and called Kevin Owens to the ring. The two then began to break down last week's brawl between KO and Shane-O-Mac and the pending lawsuit that Owens is threatening. Mr. McMahon made it clear that he would be prepared to fire Owens on the spot and cause him to go bankrupt if KO went through with filing the lawsuit.

Owens, growing increasingly frustrated, was forced to listen to Mr. McMahon declare that he wished Shane had done far worse to KO. The Chairman added that he didn't suspend Shane for attacking KO, but for not finishing the job. This all led to Mr. McMahon making a Hell in a Cell Match — Shane McMahon vs. Kevin Owens at WWE Hell in a Cell. KO, now furious, accepted the match, but on one condition: that he be allowed to lay into A McMahon without fear of consequence. Mr. McMahon agreed, the two shook on it and all hell broke loose.

Owens suddenly headbutted Mr. McMahon from point-blank range, busting The Chairman open. Far from done after the shocking strike, KO cold-heartedly assaulted Mr. McMahon with a punch, kicks and a dastardly Frog Splash. Stephanie McMahon then rushed out, first giving Owens a death stare and then checking on her father as he attempted to regain his bearings after the brutal attack.

After this unbelievable moment in Team Blue history, one question rang loud: How would Shane McMahon respond?

Numbers in parentheses indicate the length of the match.
(c) refers to the champion(s) heading into the match.