PlayStation VR 2 will be great, but don’t be fooled — it won’t be cheap

Covering consumer technology news isn’t just about what gets published — it’s also about what doesn’t get published, either because it’s too minor for readers to care about, or likely to be inaccurate. As a journalist, I wouldn’t be doing my job if I uncritically shared every piece of nonsense that came across my desk, and I always try to respect my readers’ time by focusing on stories that both matter, and have long-term credibility.

One of the toughest calls I have to make each week is passing on a story that would be interesting if true, and might be worthy of your attention, but likely isn’t accurate based on other facts I’m aware of. In those cases, I either choose to write something to put the new claim in context, or write nothing. The latter option is a calculation — a belief that the report’s original author can write whatever he or she wants, but will turn out to be both wrong and largely ignored, harming no one except his or her own readers, and then hopefully not much.

Several days ago, I passed on covering a highly questionable story about Sony’s upcoming PlayStation VR 2, because it so obviously failed the sniff test that it wasn’t even worth commenting on. In short, the story claimed that the new headset will cost $250, be “completely wireless” with five hours of battery life, and have a 2,560 by 1,440 resolution display with a 220-degree field of view and eye tracking.

If the combination of those details alone wasn’t enough to set off red flags, the report linked to its sources for the claims — the “epic leak” of “a text file uploaded onto Pastebin in December,” combined with various Sony patent filings. From my perspective, passing on the “news” was a given, but soon thereafter, other publications parroted and headlined the story as signaling “good news for PlayStation VR fans,” even if they suggested taking it “with a pinch of salt for now.”

Anyone who has covered technology for a few years should consider the following points to be obvious: Patents don’t equal products, random text files posted on Pastebin aren’t sources, and for god’s sake, aggregating a half-dozen or dozen possibilities into one mega-product doesn’t mean everything will actually happen, let alone at an unthinkably low price point.

In this particular case, we already knew before this week’s “good news” that you’d wind up consuming an ocean full of salt waiting for the magical $250 wireless PSVR 2 to arrive. That’s because Sony’s Mark Cerny and Dominic Mallinson have actually spoken recently on the topic of PSVR 2, guiding VR fans’ expectations with some fairly concrete details.

Surely neither technology nor prices will stand still between now and when PSVR 2 launches. It’s entirely possible that Sony will be able to whittle the prices of nearly 4-megapixel screens, eye-tracking hardware, and millimeter wave wireless chips it needs down somewhat from current levels. But putting all of those features (and all the other technology Sony needs to include) in an ultra-wide FOV $250 headset next year is implausible. Anyone who says otherwise, particularly in a headline, is just trying to get attention.

My best guess right now would be that a wired version of PSVR 2 will ship in 2021 for around $300, alongside a $400 to $500 wireless model, unless Sony decides that it’s willing to cut its profit margins to spur early adoption. In that case, there could be a wired model for $250 and a wireless one for $350, but I wouldn’t hold my breath: Sony hasn’t been slashing PlayStation hardware prices with that sort of vigor, and even in this generation hasn’t given away VR headsets just to sell more software.

Optimism is great, especially when it comes to new VR hardware, because there’s a lot to get excited about. But balance your excitement for virtual reality with some actual reality, and you won’t be disappointed when the new headsets actually ship with features and prices that are practical rather than speculative or imaginary.

Sony may have leaked the official specs for its long-rumored, next-generation PlayStation VR headset, the first significant indication that virtual reality will be a consideration for new consoles. Sony's upcoming PlayStation 5 is expected to revolutionize what kinds of VR experiences video game consoles are capable of, and this new PSVR hardware might even offer a more affordable alternative than what we're used to seeing.

The screen-making conglomerate Japan Display Inc. (JDI) announced Monday that it will begin producing a new model of VR “glasses” that will use LCD displays instead of more costly OLED screens. JDI is a joint venture by Sony, Toshiba, and Hitachi that used to supply LCD screens to Nintendo for its Switch consoles, and this new tech will very likely be the basis of new PSVR hardware.

The new headset model will tout a resolution of 3,200 x 1,600 (up from 1,920 x 1,080) and its use of LCD screens could spare gamers’ wallets, despite a major spec upgrade. LCD screens have been around since the late 1960s, and manufacturing them has become cheaper and more streamlined since. OLED screens, on the other hand, have become the new norm for smartphones and most VR devices. They're capable of brighter and darker colors but are much more expensive to produce.

A swap in screen type could let Sony price its PSVR 2 hardware near or at the current price of its current VR headset: $299. That might tempt gamers with a more affordable alternative to a state-of-the-art PC and additional VR equipment that they’d otherwise need to play AAA games in virtual reality. While the cost of most other VR headsets presumably rise, the PSVR 2 might emerge as the cheapest option.

JDI’s announcement comes just a week after Bloombergpublished a report stating Sony is working on a follow-up to its PSVR equipment. Anonymous sources familiar with the company’s next-gen console plans revealed that a new VR headset is “tentatively scheduled after the PS5 goes on sale.”

Sony has also filed multiplepatents hinting that it’s working on new VR equipment to complement its upcoming console. Many of these published blueprints suggest that the headset might be completely wireless, which would eliminate the worry about tripping over wires when gamers are playing VR. JDI’s announcement only mentioned the new display technology it’s working on and not how the headset would work with a computer or gaming console.

Alleged leaks of the PSVR 2 headset also suggest it might cost as little as $250. That optimistic price prediction could be genuine if Sony is opting for LCD displays instead of OLED. That should come as a relief to PlayStation fans after the aforementioned Bloomberg report also suggested the PS5 could be more expensive than any previous console.

It seems like Sony is striving to make VR more accessible than ever in the next generation of consoles, but will that help it compete with the Xbox Series X?

The PS5 is expected to be released before the 2020 holidays. 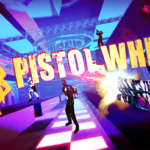 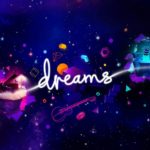 Dreams allows people to create and play any type of game or experience they want. 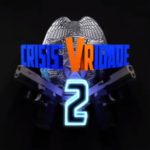 Crisis VRigade 2 is a Fast-Paced Virtual Reality Action Shooter that lets players take on the role of a SWAT trooper. 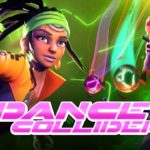 In Dance Collider you take on 9 of the best dancers from around the globe and compete on global leaderboards. 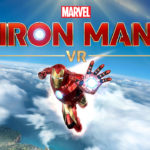 Take to the skies as Iron Man and fight an unknown threat that aims to take down Tony Stark and everyone around him! 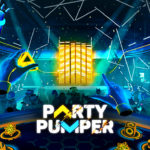 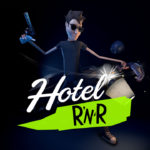 Sell your soul to The Devil, smash up hotels and become Infamous in Hotel R'n'R. 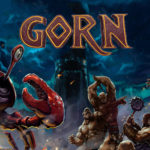 GORN puts you in the shoes of a gladiator who must defeat all who are put before him. 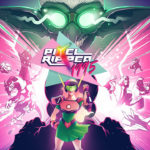 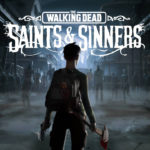 TWD: Saints and Sinners puts you front and center trying to survive in the zombie apocalypse 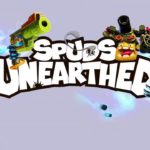 Spuds Unearthed tasks you with defending your potatoes from vile zombie potatoes. 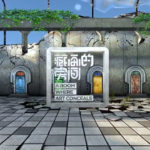 A Room Where Art Conceals

A Room Where Art Conceals takes you inside 9 classic paintings.